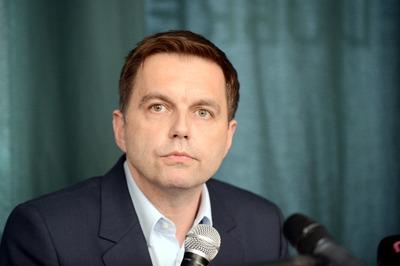 The Slovak economy is posting its best results in employment, economic growth and domestic demand since the global economic crisis, Finance Minister Peter Kažimír said in response to the spring forecast the European Commission introduced May 6.

It increases the forecast of the Slovakia’s economic growth for 2015 and 2016 and cites low oil prices, weakening of the euro and rising domestic production as behind the positive forecast.

“From the viewpoint of the economic development this period is one of the best since the beginning of the crisis in 2009,” said Kažimír, adding that the government keeps pushing through set consolidation plans based on which the public finance deficit should decreased below 2 percent of GDP.

The minister added that the increased forecast attests to the character of growth of the Slovak economy, as it has been propelled primarily by domestic consumption for a few months now.

“That is essentially a safer driving force than foreign demand,” Kažimír said, adding that everybody, both in Slovakia and abroad, is aware of the risks stemming from geopolitical factors.

“After slowing down in 2013, growth picked up in 2014 on the back of a strong recovery in private consumption and investment,” the spring EC forecast for Slovakia reads. “Domestic demand is expected to continue strengthening and to remain the main motor of growth.”

“These factors are expected to continue to sustain private consumption growth, which could also be bolstered by a series of labour market reforms that have taken effect in 2015, including a rise in the minimum wage and a reduction in the social contributions paid by low-income workers,” reads the forecast. Private consumption is therefore expected to grow by 2.4 percent in 2015 and 2.7 percent in 2016.

The prognoses point to an economic revival and are optimistic for the EU and the eurozone alike.

“The economic activity is benefiting from a number of favourable winds, namely the low price of oil, the substantial depreciation of the euro and the positive effects of the quantitative easing programme which was implemented by the ECB,” Economic Affairs Commissioner Pierre Moscovici said as cited by EurActiv. “Generally, these favourable winds, together with a neutral budgetary rule in the eurozone and the EU generally, should strengthen growth this year and (be) supported in the coming year.”

The growth in employment in Slovakia was strong throughout 2014 and labour market conditions are expected to further improve, in line with the upturn in economic activity, according to the EC forecast. The unemployment rate fell from 14.2 percent in 2013 to 13.2 percent in 2014 and is expected to continue declining. The labour market reforms that came into force in 2015, including a reduction in the healthcare contributions of low-income workers and an expansion of in-work benefits, should further support the labour market’s recovery.

However, Slovak experts and economists do not regard such a steep drop as realistic, pointing to persisting long-term unemployment.

ČSOB analyst Marek Gábriš pointed to problems to tackle long-term unemployment and youth unemployment and Michal Páleník of the Employment Institute cited the increasing number of people who are jobless more than three years.

“Long-term unemployment is the brake of the Slovakia’s labour market,” Páleník told the public broadcaster RTVS. “To employ these people as regular workers is very difficult. And even the government does not make any steps to employ those who are really difficult to employ.”