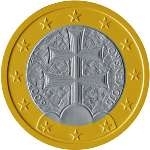 Slovakia’s economy will grow faster than the state originally predicted, with the Finance Ministry changing its prognosis for this year and increasing the rate of economic growth to 0.8 percent. In June the ministry anticipated that the economy would rise only by 0.5 percent. Yet, the more optimistic prediction will not help to create new jobs, the SITA newswire reported on September 19.

The ministry’s expectations for next year remain unchanged: the economy should rise at 2.2 percent. In 2015 economic growth should reach 2.9 percent, and 3.1 percent in 2016.

“It is good news for Slovakia, good news for employment, employers and employees,” said Finance Minister Peter Kažimír, as quoted by SITA.

The Financial Policy Institute (IFP), which runs under the Finance Ministry and which prepared the new prognosis, explained that the more favourable development in the eurozone helps the Slovak economy maintain its export performance and improves expectations. In addition to the rise in exports, household consumption, impacted by increasing consumer trust and a lower increase in prices, is gradually reviving, IFP added.

Higher economic growth will also positively affect taxes in that that the state will not need to implement additional austerity measures, since higher tax revenues are expected, IFP said, as reported by SITA.

On the other hand, more positive growth expectations will not result in significant improvement in the labour market. Employment should drop by 1 percent this year, while the jobless rate should stand at 14.5 percent. The Finance Ministry predicts it will start decreasing in 2014, while a more significant drop in the number of jobless will be visible in 2015.